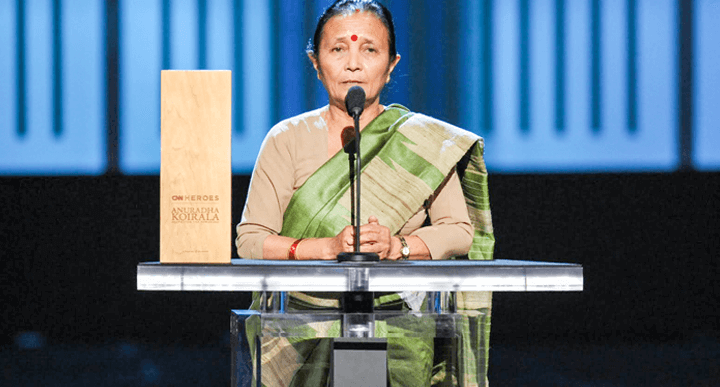 If you don’t know her then here is a quick introduction of her. Anuradha Koirala is a Nepali Activist who runs Maiti Nepal, aiming to shelter many. She is also, CNN Hero Of The Year Award in 2010

And now, India awards Anuradha Koirala with Padma Shri, it has to be an huge honor for the Nepalese people and those girls who were saved by AMA (mother in Nepal language).

“Join me to create a society free of trafficking,” Anuradha Koirala urged those present when she received the CNN Hero Of The Year Award in 2010. “We need to do this for all our daughters.” As the impeccably-dressed men and women in the audience listened to the frail and tiny woman on the stage, their eyes filled up.

Koirala, who has just been conferred the Padma Shri, did not win people’s appreciation overnight. Her crusade to stop human trafficking has enabled her to rescue over 12,000 girls so far.

Nepali Nerd
Visit the nepalinerd.com blog for more Articles on How to Guide, IPOs, News and Nepal related posts.